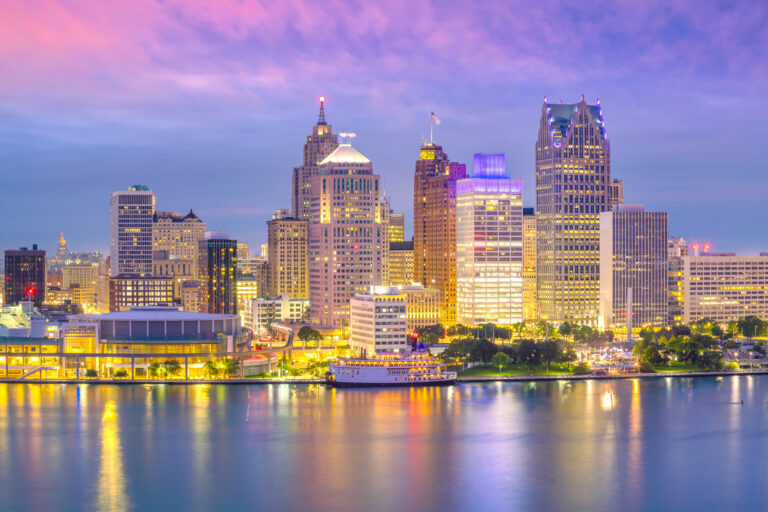 In many movies, Detroit, the once mighty Motor City, is portrayed in almost post-apocalyptic terms – a desolate, dilapidated city gutted by the long and painful decline of the U.S. auto industry. It isn’t a flattering image.

But talk to local self-storage industry folks and they see a hard-scrabble city in the early stages of a comeback, surrounded by solid and affluent suburbs, and in a state steadily diversifying its overall economy. It’s a much more flattering image.

“We’re doing all right,” says Peter Spickenagel, CEO of Citizen Storage and president of the Self-Storage Association of Michigan. “Detroit isn’t a market going like gangbusters, but things are pretty good. Things are definitely improving.”

And the data seems to back up Spickenagel and others’ view of the Greater Detroit market, as well as the southern Michigan market in general.

Though the industry isn’t expanding as fast as in other parts of the country, Greater Detroit’s supply of new self-storage facilities has grown by about 7 percent over the past three years, indicating slowly growing investor confidence in the region, according to data from Radius Plus, the research arm of Union Realtime.

Meanwhile, the region’s self-storage rental prices remained remarkably steady in the years and months immediately leading up to the COVID-19 outbreak, hovering in the $110 range for a 10-by-10-foot climate-controlled unit, Radius Plus data shows.

Jonathan Spencer, an advisor at Storage Acquisition Group, agrees Detroit is showing signs of improvement. “There is an overall feeling of optimism from owners in the Detroit market and across the state of Michigan,” says Spencer.

Like other metropolitan markets across the nation, the Detroit area saw a steep fall in rental prices in the months after the onset of the pandemic last winter, followed by a strong surge in prices in the second half of 2020. As of early February, the Detroit area’s rental prices were hovering in the $138 range, a solid figure, says Cory Sylvester, a principal at Radius Plus.

The increasing demand for self-storage space, spurred by the pandemic-caused economic downturn, and rising prices are encouraging signs for the Detroit area, said Sylvester.

Part of the reason for Greater Detroit’s somewhat encouraging pricing is the fact that it has one of the lowest self-storage penetration rates in the county, or 4.4 square feet of space per capita, compared to the national rate of nearly 6, according to Radius Plus data. In all, the Detroit-Warren-Dearborn metro area has about 19.9 million square feet of self-storage space.

“We’re probably one of the most underbuilt markets in the nation,” says Adam Pogoda, a principal at the Pogoda Companies, owner and operator of 51 self-storage facilities in Michigan, running under the National Storage Centers brand.

The region’s low self-storage supply – and increasing pandemic-era demand for space – has been a boon to existing facility owners.
And the supply-and-demand imbalance is starting to attract attention, as more investors start to reassess the region’s long-term prospects. Pogoda said his firm was just recently outbid by a real estate investment trust (REIT) for one property.

“It’s getting more competitive,” he said. “It’s not like Nashville or Dallas, but it’s growing.”

Competition is getting stiffer in the Detroit area – and it’s not all coming from REITs. Seeing the potential for growth, local players are also aggressive in the market, especially in Detroit’s attractive suburban communities.

“Working with the local players and having intimate knowledge of the market is key. Following the trends within the REIT’s is important, but understanding the Detroit owners is the best way to know what is happening in a market” said Spencer, describing the market as “generally strong.”

As for the city of Detroit itself, some of its negative image is well placed. The city’s urban core was indeed devastated by the decades-long decline of the U.S. auto industry, a decline exacerbated by what many consider poor political leadership in the past.

But Spickenagel, Pogoda, and others say there are encouraging redevelopment projects underway today in downtown Detroit, with new residences, commercial and nonprofit structures being built. Old abandoned buildings are also being converted.

Detroit is far from becoming a fully rejuvenated, post-industrial northern city, but progress is happening. “We’re not close to really coming back, but the signs are good,” says Spickenagel.

“It bodes well for the future of self-storage in the area,” adds Pogoda of the city’s slow rebound.

Storage Acquisition Group’s Spencer agrees. If the self-storage business eventually picks up in downtown Detroit, then “you’re looking at a pretty solid market” in the long-term.

And the city’s slow recovery is occurring as southern Michigan as a whole is doing better as well, both in terms of the self-storage industry and the economy in general.

“Our rentals are up,” says Chad Lundberg, managing partner of the Storage Group in Muskegon, Michigan, on the western side of the state, along Lake Michigan and a three-hour drive from Detroit. Lundberg, whose company owns 14 self-storage facilities, said Michigan as a whole has become “economically more diverse and resilient” than it was in recent decades.

“One of the great things about the Michigan economy is that it’s diversifying away from the auto industry,” says Pogoda.

As for Greater Detroit, no one is saying it’s about to become the next fast-growing Austin, Texas or Denver. “It’s not an extraordinarily dynamic market,” said Sylvester of Radius Plus. “But there are encouraging signs and, if it’s sustained, it looks good for the self-storage industry.”

Greater Detroit at a Glance