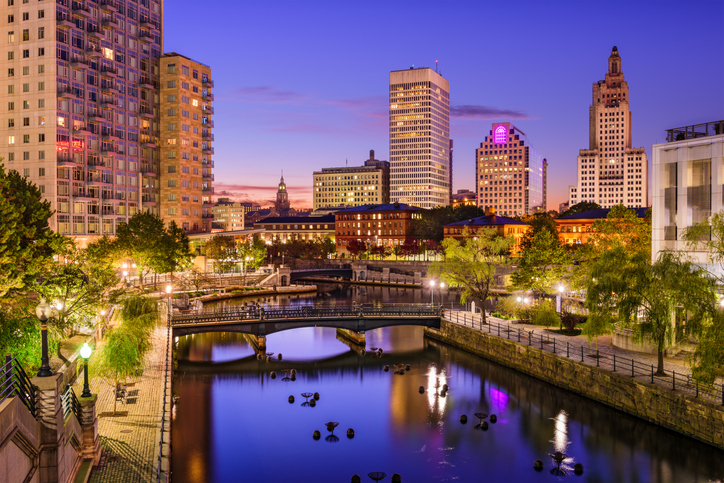 No one is going to confuse Providence, Rhode Island anytime soon with a fast-growing Sunbelt city.

But the New England city of nearly 180,000 people and capital of the country’s geographically smallest state definitely punches above its weight class when it comes to self-storage markets, according to industry officials.

Providence, home to the Ivy League’s Brown University and perennial NCAA basketball and hockey contender Providence College, has seen a recent boom in new self-storage construction, with more than 1 million square feet added to the general market in recent years. Last year alone, the area’s new supply increased by 11 percent, bringing its total supply to 5.9 million square feet, according to Radius Plus.

And yet rental prices in Providence – and throughout the entire state of Rhode Island, for that matter – have remained relatively stable in recent years, hovering around $130 for 10-foot-by-10-foot climate-controlled units.

Why no big fall in prices with the added supply?

Partly because the Providence/Warwick region, as many people describe the general Providence metropolitan area, has traditionally been an underserved region when it comes to self-storage, with its square feet of space per capita at less than 4 percent. The nation’s penetration rate is about 5.8 percent.

Also, the Providence area’s population has been slowly growing of late, as people priced out of the nearby Boston and New York markets look for less expensive housing in smaller Northeast cities, such as Providence.

The bottom line: Demand for self-storage space has increased in recent years in the Providence area – enough demand to absorb recent new supply.

“It’s not a super high-growth market, but it’s a very solid market,” says Cory Sylvester, a principal at Radius Plus. “It’s been very resilient based on the amount of new supply it’s seen. Rates are still healthy.”

Thomas Palumbo, advisor for The Storage Acquisition Group and senior director at Sitar Realty Co., says the Providence area has its market negatives, including the fact it’s considered a “high barrier” region due to strict zoning laws and the high cost of land.

“The key is: If you can get into the market, it’s a very good place to invest,” said Palumbo.

Indeed, the entire state of Rhode Island — with a population of 1 million people living in relatively densely packed communities — is attractive to self-storage renters, owners, and investors alike.

The scenic city of Newport, located at the southern mouth of the Narragansett Bay, has self-storage rental prices hovering in the $1.80 to $1.90 per-square-foot range, according to Radius Plus’s Sylvester.

Utah-based Wasatch Storage Partners is currently building a nearly 70,000-square-foot facility in Providence, with plans to have it operated by a third-party manager.

“To us, it looks like an attractive market,” Wasatch’s Parley Vernon, an investment associate at Wasatch, said of the Providence area.

As the Providence market slowly grows both in popularity and population, the question arises:

Is it getting too popular?

Economically, Rhode Island got hit hard by the 2008 Wall Street meltdown and subsequent recession, taking years for the region to recover. Little or no new self-storage construction occurred in the Providence area early last decade, according to data.

But then construction started to take off in late 2017, culminating in 450,000 square feet of completed construction in the fourth quarter of 2020 alone. Yet, the Providence area still saw a 3.1 percent year-over-year gain in rent prices.

As for future construction, current owners can breathe a sigh of relief, at least for now. Facilities currently under construction would add only about 1.8 percent to the Providence region’s overall supply, a manageable increase, says Radius Plus’s Sylvester.

Providence, Rhode Island at a glance