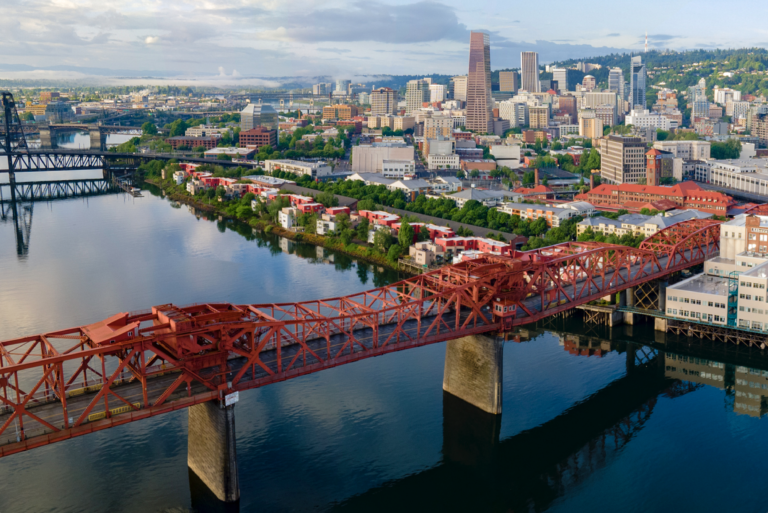 Reports of past overbuilding of storage facilities in Portland appear to have been greatly exaggerated.

In the years leading up to the start of the coronavirus pandemic in 2020, Portland, Oregon was generally thought to be one of the most oversaturated storage markets in the U.S., after years of new developments by real estate investment trusts (REITs) and other large industry players.

Indeed, occupancy rates and rental prices took a hit in Portland late last decade amid the flood of new supply in the region, according to industry experts.

Then the pandemic hit, the economy tumbled and demand for storage space, as is usual during recessions, spiked across the country, leading to the sudden filling up of Portland’s new storage facilities that many thought would remain vacant for years to come.

“I was one of those who felt like we were overbuilt, but I was proven wrong,” says Edwin Kawasaki, a principal at Additional Self Storage LLC and former CFO of Northwest Self Storage in Portland. “The market absorbed all the extra supply. All the new units are now full.”

Granted, the economy could still dramatically recover, reducing demand for storage space and exposing the true non-pandemic state of the Portland storage market. But most industry officials seem to agree that the region’s population has continued to steadily increase in recent years – and thus demand should remain high enough to keep Portland’s occupancy rate in the 90-plus percentage range.

To be clear: The Portland region, with a population of 2.4 million, has seen negative effects from last decade’s building boom, with the rate of rental price increases among the lowest in the nation, due to the hefty amount of supply in the area, according Yardi Matrix data.

Yet prices are hovering in the respectable $145 range and up for a 10-by-10 non-climate-controlled unit in the Portland area – and most anticipate rental prices to continue to increase in coming years.

Overall, the amount of square feet of storage space per capita in the tri-county Portland area is about 7.3, not that much higher than the national penetration rate of 7, says Paul Fiorilla, director of research at Yardi Matrix.

The metro Portland market will be tested again in the coming year or two, with more than 800,000 square feet of new storage space currently under construction set to be delivered in 2022, Fiorilla said. An additional 1 million square feet of new space is in the planning stages.

But Fiorilla says he is cautiously optimistic the region can absorb the extra supply precisely because the Portland area’s population continues to grow, as it has in the past. From 2000 to 2020, the region’s population soared by 500,000, according to U.S. Census data.

Melissa Shandor, Chief Strategy Officer at The Storage Acquisition Group, feels the region can absorb some new supply. The reason: with hundreds of new housing starts planned for the Portland area new residents are moving in.

“As they say, where housing goes, storage will follow,” she says. “The housing starts indicate continued population growth that’s going to help fill up the square footage in the supply pipeline.”

But Shandor warns that there’s actually two sub-markets within the Portland area – the core downtown market and the outer ring market.

The core market has more storage space per capita than outlying areas.  “For those who plan to develop storage, consideration of the outer ring would be wise,” says Shandor.

“There’s more potential and opportunities in the outer ring,” says Shandor. “It’s an attractive place for development and it appears the city agrees based on the projected housing starts”

John Bull, owner of John Bull Builders LLC in Portland, said he’s definitely seen a slowdown in storage construction in the city of Portland. “There was a huge push there two years ago, but you don’t see as much building activity today,” he says. “Some projects are going up, but not as many as before.”

Besides last decade’s overbuilding in the city proper, Bull said the high cost of construction — including the cost of materials, labor and land – is discouraging many would-be developers from starting new storage projects in Portland.

Kevin Howard, a long-time veteran of the storage industry and one of the founders of National Storage Affiliates, said the Portland-area market has a history of running hot and cold.

A storage construction boom during the early 2000s came to an abrupt halt in 2008, when the subprime mortgage crisis hit and brought the nation’s financial system to its knees. It took until about 2014 for the storage industry to recover in Portland, with demand finally catching up to supply and prompting new construction again, Howard said.

Now, roughly the same pattern is repeating itself in Portland: overbuilding led to a softening of occupancy and rental rates. But this time around, the industry didn’t have to wait as long to recover, Howard said.

“The COVID crisis has actually helped the industry,” Howard, the former head of Northwest Self Storage, said of increased demand for storage during the recent economic downturn.

Despite the historic “ups and downs” of the Portland market, Howard said he remains bullish on Portland, primarily due to its continued economic and population growth.

The Storage Acquisition Group’s Shandor agrees. “Portland is one of the fastest growing self-storage markets in the country,” she said. “I’m very optimistic about Portland.”

Greater Portland at a Glance