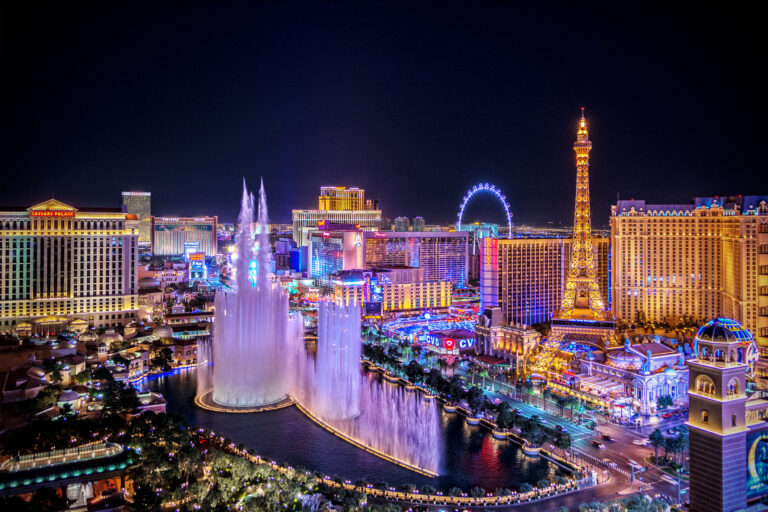 Las Vegas has become a very good bet for self-storage owners and an increasing number of investors looking to jump into the Nevada market.

“It’s been a great market,” says Cory Sylvester, a principal at Radius Plus, the research arm of Union Realtime, the self-storage data analytics company. “Las Vegas has been a big beneficiary of net migration, a lot of it coming from California.”

Indeed, Sin City, known for its bright lights and the high hopes of gamblers flocking to its famed casinos, isn’t the only metro area booming these days in Nevada.

Reno, the state’s third-largest city located in northwest Nevada, has seen its population spike by about 18 percent over the past ten years, to about 266,500 people. New residents keep coming into Reno, and surrounding areas, often from nearby California.  California’s taxes and cost-of-living are much higher than in Nevada, which doesn’t have a state income tax.

“There’s a lot of building going on, but it’s not overbuilding,” says Todd Whear, owner of Stor-All, referring to the suburban self-storage market in northern Nevada. “It’s needed construction due to high demand. It’s all demand-driven.”

Whear, vice president of the Nevada Self-Storage Association, owns five facilities in northern Nevada, with its headquarters located an hour south of Reno, and is adding 35,000 square feet at two facilities as a result of the strong demand.

In the Las Vegas area, there’s most definitely a boom in both population and the demand for more housing – and thus the need for more self-storage space has spiked.

Currently, there are about 29 facilities in the development pipeline, which could add 12.4 percent to the Las Vegas region’s total supply of self-storage space, according to Radius Plus. But Sylvester of Radius Plus says the area should be able to absorb new space.

Meanwhile, the occupancy rate in the Las Vegas area has continued to hover at around 95 percent.

“Las Vegas is a very dynamic market,” says Gary Free, president, and CEO of Towne Self Storage, which has seven facilities in the Las Vegas area, in addition to about 20 other facilities in Utah and Arizona. “Things got a little difficult during the pandemic last year, but currently we’re doing quite well. Rents have been going up.”

Free noted that all segments of commercial real estate, not just self-storage space, seem to be doing well these days in Las Vegas.

Despite the vibrant nature of the Las Vegas market, Free, whose firm develops self-storage facilities, said investors still have to do their research in order to succeed in the region. Some of the risk factors include the state of the still fragile national economy, inflation, and overbuilding in certain sections of the region.

“You have to be very careful because it’s easy for an area to get overbuilt,” says Free. “But we’re pretty happy right now.”

Dylan Stallings, an advisor for The Storage Acquisition Group, said he’s impressed with the rents that storage facilities have been getting of late in the Las Vegas area, noting they’re now hovering just shy of $1.30 per square foot. The reason for the strong price trends: The region’s growing population, Stallings said.

According to U.S. Census data, Las Vegas’s population has increased by about 14 percent over the past ten years, to about 667,500 people.

Meanwhile, the city of Henderson, just south of Las Vegas, has seen an eye-popping 32 percent increase in population since 2010, to about 341,500 residents. All of those new residents need new housing – and self-storage space that’s associated with people on the move.

“There’s definitely a lot of people moving out of California and feeding into Nevada,” says Stalling.

As for potential overbuilding, Stalling said it’s a concern, but not a big concern, considering the growing demand for space in the Las Vegas region. “If rent trends continue, new construction shouldn’t be a problem,” says Stalling.

Steve Kramer, president of the Nevada Self Storage Association, agrees that Las Vegas is a good long-term bet for investors – as long as the market doesn’t get too hot and overbuilt. “Oversaturation is the only thing I worry about,” he said.

Greater Las Vegas at a Glance